Wardour Street briefly appears in Chapter 4 of The Picture of Dorian Gray. Henry Wotton quickly explains to Dorian that he was late because he was haggling for a brocade at Wardour Street, which is located in the East End of London.

Even though it is a brief mention, Henry’s presence at Wardour Street warrants some attention and analysis.

As a wealthy aristocrat, I do not believe that Henry would venture to Wardour Street merely for finances. Would the brocade that he purchased at Wardour Street actually be of better quality than the ones that he would normally have access to? Rather, I believe that he is like Neville St. Clair from Sir Arthur Conan Doyle’s Sherlock Holmes short story “The Man with the Twisted Lip.” While Neville dressed as a poor man in order to showcase his skill and help finance his business, Henry views the poor man’s culture as fascinating, but their story as unimportant. Many times throughout the novel, he disparages anything that remotely connects to suffering or pain because, in his eyes, they are ugly.

Information from the Charles Booth Online Archive shows that Wardour Street is remarkably lower in class than where Henry lives. Most crimes committed around or near Wardour Street were thefts, but especially gruesome murders did take place. No one in that area is even above or equal to a socio-economic status indicative of the middle class. What Wardour Street lacks in finances, however, Henry believes that it makes up for in character.

Appearance, duality, and aestheticism are important themes throughout the novel. Henry indulges Dorian Gray simply because of the value that Henry places on Gray’s aesthetic appeal. Though the brocade is not described, given Henry’s character, it would be appropriate to assume that the fabric was aesthetically pleasing (but not necessarily well-made).Thus, Henry is attracted to the style of Wardour Street more so than he is the actual culture.

The Corner of Grosvenor Square and South Audley Street appears in Chapter 12 of The Picture of Dorian Gray. Here, Basil Hallward pursues Dorian for his portrait before Basil himself is taken back to Dorian’s house and shown the horrifying truth behind it.

Due to the fact that the location itself is a corner, I thought that it would be most appropriate to show the two other locations that it sits on.  Maps provided by The Charles Booth Online Archive show that North Audley Street and Grosvenor Square were considered very wealthy areas to live and frequent. Information from the Proceedings of Old Bailey show that most crimes committed here were thefts, some violent.

The corner could be looked at as a crossroads, possibly foreshadowing the events that are about to transpire. Across many different cultures, crossroads symbolize an important choice to be made, usually with a supernatural being. Interestingly, Dorian has already made a pact with Devil for eternal youth and beauty. Dorian’s choice to share his darkest secret and then murder Basil Basil’s murder could fulfill Dorian’s end of the bargain. Such as in the case of Faust, pacts with the Devil (or Mephistopheles) require something from both parties. Murdering a friend (and creator of the portrait) would definitely suffice. 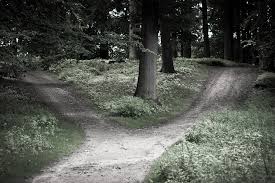 Thus, The Picture of Dorian Gray could be understood as a novel of ‘extremes.’  Had none of the characters been as extreme as they were, most of the events in the novel would not have transpired. For example, Dorian’s naivete combined with Henry’s toxic influence and Basil’s unadulterated idolatry led Dorian down the dark path of hedonism and corruption.

Whitechapel is a hamlet, a village without a church of its own that belongs to another village’s parish and is located in the East End of London. Proximity to the street seems to be indicative of belonging to a higher socio-economic bracket, with the well-to-do and middle class living right next to the street and the less well-off living farther away.

As shown in records from The Proceedings of the Old Bailey, most of the crimes in Whitechapel were theft, with a smaller division of the thefts having been violent. Whitechapel is also known for prostitution and its high immigrant population.

Even before 1888, Whitechapel’s history is still shrouded by mystery and murder. British History Online gives background information about the namesake of the St. Mary Matfelon Church. Mary Matfelon was a devout widow to the church who was gruesomely killed by her new husband. After killing her and taking her most valued possessions, he attempted to run away, but was caught by Mary’s fellow wives; together, along with the police, they brought him to justice and the parish soon purchased Mary’s name for the church. The mention of Whitechapel so early in the novel sets the tone for what important themes will soon be introduced. The East End is where Henry indulged himself with Dorian; it was also indicative of corruption and immorality, outwardly in the form of opium dens and brothels.

Self-awareness of one’s higher place in society is a shocking realization shown in a time when literature was commonly romanticized. Through his line “Still, the East End is a very important problem,” Sir Thomas shows that he is able to acknowledge the economic differences between himself and those of the less fortunate.

The exchange between Lady Agatha and Lord Henry highlights the latter’s purposeful ignorance of the poor’s struggles. Henry (or Harry) only values what has aesthetic pleasure: youth and beauty, two qualities that he observes that Dorian Gray himself has.

London Road was briefly mentioned in “The Man With the Twisted Lip” just before Holmes and Watson discovered St.Clair’s/Boone’s duplicitous nature. In the story, Holmes and Watson are leaving London Road, possibly foreshadowing St. Clair’s means for sustaining and attaining his wealth.

Important themes present within “The Man With the Twisted Lip” are the value that people place in appearances and the importance that appearance holds when people consider being presented to society. While not ideal and duplicitous, St. Clair’s dual identity as Boone allows him to indulge the rich while he slowly becomes one of them.

Neville St. Clair could be seen as a twisted version Batman because, like Bruce Wayne, he uses his dual identity to become a different person.

The distance and use of the word ‘dashing’ could foreshadow St. Clair returning to his humble beginnings and fall from grace (but not wealth).

Throughout the story’s beginning, Jean discusses how she is a better teacher of subjects that she knows less about. Paradoxically, I think that this applies to understanding Regent Street.

Taken on face value, Regent Street appeals to the senses because it is fashionable and open. Commissioned by George IV, it offers a gorgeous view of the Quadrant and great shopping options. Little crime, other than some robberies, occurred on or around Regent Street. Regent Street is also heavily connected to Picadilly Circus.

Though someone of well means, Jean works outside of the home and embodies the “conventional” New Woman down to her brown frock. Tom, at first intrigued by Jean and what she represents, seems to be of the same socio-economic status. While on the omnibus, they talk politics, life, and flirt.

After meeting her sister, a traditional woman, Tom rethinks his interest in Jean and ultimately decides that while new is intriguing, traditional will always be the safest and wisest option.

While researching Regent Street, I found that it almost became synonymous with Regent’s Park and later Regent Terrace. 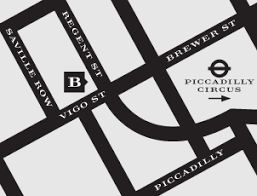 To this day, these locations remain opulent and showcase “the finer things in life.”

Well, much hasn’t changed in two hundred years! For women eager to find a pastime, ‘ladies shopping’ in Victorian London was the female equivalent to men’s sports. The best shopping locations were bazaars, which were good for perfumes and fancy trinkets, and fashionable streets, which were good for fine hosiery and jewelry. Being a lady of fashion was another part of ‘ladies shopping.’ A lady of fashion did not leave her carriage or omnibus; instead, regardless of weather, she was serviced directly by the saleswoman. Ladies shopped around and haggled until they found the best price for what they wanted. The concept of ‘shopping for joy’ still exists today. For example, magazines and advertisements constantly bombard people with the need to own and shop for new, cooler merchandise. I can honestly say that I love shopping (for a discount); sometimes, if something is on sale, I try and convince myself that I need it.

Hello, my name is Brenna Hemmings. I am a junior double-majoring in History and Sociology. I am taking this course because I would like to learn more about Victorian London. While I know that it yielded many important innovations that are still present today, I would like to become better acquainted with its writers and landscape. Dracula, The Picture of Dorian Gray, and Frankenstein frame the Victorian era as a Gothic time filled with suspense, otherworldly dangers, and dual natures.

After reading the article, I noticed that life in the Victorian era shares a crucial parallel to the Gilded Age in America: the rich enjoyed life’s luxuries by living off of the poor’s struggles. Even though the city expanded in transportation and became a culture hub, not everyone could afford to make a living. The construction of wider roads forced the clearing of slums.Overall, life during the Victorian era is romanticized and many individuals’ struggles are forgotten.