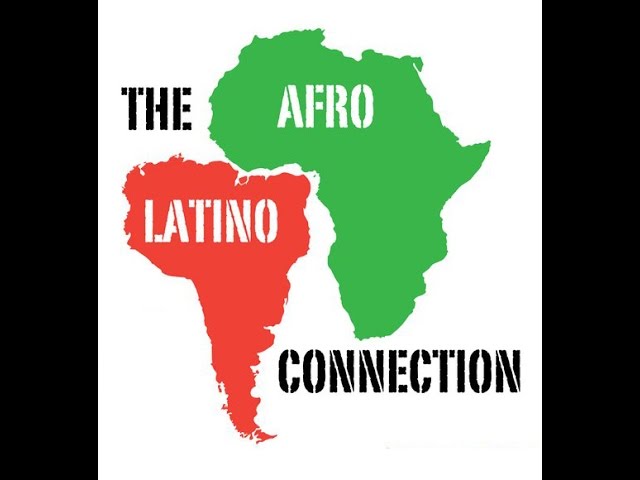 Being Latino is complex enough. With all the cultures, religions, traditions, geographical compositions and mosaic of hues encompassed, it can be hard for Latinos to define themselves.Now add afro into the mix, and the questions about cultural makeup and identity are endless. Not only, is possible to be both things, but its actually pretty common. However,there is still a clear white and black line. Sadly, our society doesn’t understand that there is a mix of things and you don’t have to define if you are one thing or another. A lot of people have experienced being in this intersection were they don’t fulfill entirely the common characteristics thereby, they are not considered Latino neither Black,  they are in this grey area where they can’t find their identity and they are not fully accepted in either community.

Latinos come in all colors, all shades, you don’t have to make a choice, embrace who you are. After reading tenemos que seguir luchando, specifically about the community literacy project, It made me remembered when I was in high school,  I was given the option to participate in a literacy project for kids who did not have the opportunity to attend an school. Literacy, at least in my country became especially important around the late nineteenth century, owing to the political and economic changes in the world, which profoundly impacted social structures.

In the story, she told how initially women approached to the program only to learn how to read lyrics so they could sing at church, but once the had basic literacy they decided they wanted to  learn dressmaking. Through this program I learnt, how this kind of project improve people’s lives in a comprehensive way, not only are they taught to read and write, but to live, to make decisions, to participate in the community and to get involved in the directives to make a change in their own reality.

Reading Night Terrors can be extremely difficult to anybody, even if you dont have experienced an assault like that. Sexual assault is one of the most dehumanizing types of abuse. It attacks you where you are most vulnerable and makes you doubt everything about yourself. It makes you wonder why victims tend to ask themselves was it my fault?.  Unfortunately, victims have the tendencies to believe that they brought the trauma upon themselves and that the assault is their punishment for being “bad” or inadequate, as it was showed when the first assault occurred and she asked herself Was I a bad girl? What did I do to deserve this?.

The idea that victims of sexual assault are somehow to blame because they didn’t take the necessary steps to protect themselves is something that is woven into the fabric of society and how people react to sexual assault, people tend to label or to accused the victim by saying things like she must have provoked him, she shouldn’t have been wearing that kind of clothes or the popular “ella se lo estaba buscando”.  Which is why it should really come as no surprise that survivors blame themselves; it seems that society only takes rape seriously when the victim was violently overtaken by a stranger jumping out of the bushes. However for most of the victims, the rapists were wolves in sheep’s clothing. They were their dates, their friends, their teachers or even their fathers.

As a child, we learn to protect ourselves from strangers, so we grow up assuming a rape cannot possibly occur between friends or family members, but sadly, most of the time a person is raped by someone they know, trust, or love. It is hard to accept that a person they spent Christmas dinners with, or someone who came to their birthday parties, had the capacity to commit one of the most heinous crimes known to humankind, but is possible.

It can happen to you, to me or to anybody and the most helpful thing we can do is to stop saying the classing lines that only help to reinforce the victim blaming. As I grew up, I listened several times people calling me too white. Too white, for being Ecuadorian, too white for being mestiza and even too white for being related with my family. However, according to the same people I couldn’t be considered Blanca either, because at least in my country this term is only acceptable when you are Blanco Europeo, which means that you dont have any kind of mixture, but nowadays no one is 100% of anything. Its something I have get used to it, nevertheless I am sick of hearing it. I am tired of explaining people that you can be white and be born in a south american country, I am tired of explaining that I am in fact related to my grandparents even though they are not white, but mostly I am tired of this stereotype because at the end of the day, it only helps to increase the racism.

Today I want to scream for the invisible woman

I write a poem for the best artist of the disguise,

for you that pretend that you don’t exist

I shout to destroy eternally the mask

That covers the emerald that guard your fears

Shout to the society that has stereotyped the woman

In a mannequin of rigid measures reached by few

You are present, you are threatening to those

who are afraid of such power

To abandon the prejudices

Stop repeating the same phrases that

We have heard until weary,

Free yourself from the diminish

Your traveler’s bags
Willing to sail the seas
They are full of memories
In your heart of immigrant.
Your hope for a better life
And the pain of separation
Makes your struggle an intense agony
Almost making you faint.

Gone are your family,
Your friends, your intimate landscapes,
That have merged with your soul
and they can not be uprooted.
A long journey awaits you,
New roads, a new air
And a very hard encounter with reality.

Maybe, you will learn a new language
But you will never unpack those bags
Full of tears and constant agony
They will tear your heart apart.

Who will get the agony out of you?
Of the homeland that is distant
Who will clothe your tears?
And what hugs will comfort you?

However, your heart is brave.
And daily you will rise,
With the head held high
To find a better future for your child.

The pain tear her guts,
Suffering is her companion,
he forgot the word love,
Now her home is hell.

She is paying with her body,
The anguish and torments,
With the cries, the punishments
To live in hell.

No light comes through her window,
She stumbles with the mist
A fire burns in her soul,
but she can’t cope with the fear

Give her back her voice and yearnings
Give her back the light you took,
The life and hope that she lost,
For living in hell with you. Adelina Otero and Pura Belpre, were strong figures in their own different fields. The first one as a suffragist and as the first Hispanic woman to run for Congress and the second one, as the first Puerto Rican librarian in New York City. However, both of them share a particular idea about the language and the culture after the Spanish colonization, the importance of education and knowledge of their roots. Thanks to her time as being a superintendent, Otero tried to strike a balance between curricular requirements on the one hand and Spanish cultural values on the other. Meanwhile, Belpre focused in the education of  Spanish-speaking children, all her writings were mainly directed to help them to identify themselves, to learn more about their heritage and to guide them through this adjustment in what they considered a new environment.  Both of them supported a bilingual education, but also they emphasized the importance of maintaining and celebrating the Hispanic culture and crafts.